I have been reading through the book of Judges and have found the  book very instructive of successful Christian living.

First the book begins with a people who are so blessed by God, called out of the nations, commanded and commissioned to be a special people to the Lord and given precious promises and guarantees about their future and destiny, which were conditioned on their faithfulness to God’s covenants and instructions.

As a consequence, God allowed their enemies to overrun and enslave them. They were oppressed and impoverished. They suffered greatly until they cried out to God in repentance. God in turn forgave them and raised a deliverer, whom he used to deliver them from their enemies after their repentance.

Unfortunately after about 40 years, they would go back to the same abominable practices that precipitated their  enslavement. Then the Lord would depart from them and their enemies would again overrun and oppress them. When they reached the extremity of suffering, they would again remember their God, repent their sin and cry out to Him for rescue.

Once again the Lord would forgive them and raise another Judge to deliver them and lead them out of captivity and to prosperity.

This cycle continued until a time came when the Lord allowed a dispensation in Israel where there were no Leaders. Everybody did what was right in his own eyes. Chaos, divisions, insecurity, idolatry, treachery, immorality, murder and violence became the order of the day. This time it was not their enemies, but themselves oppressing each other.

The lessons in the book of Judges are very relevant to us in the church. We have the same God who is righteous and hates sin. He deals with us in the same manner, for He does not change His character. We therefore need to take heed to the lessons from this Book.

Here then is a summary of the lessons from the book of Judges:- 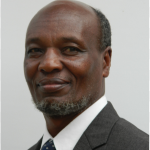 About author
Pst. Elijah Ng'ethe has ministry experience spanning 43 years. He has served with four para Church Christian Organizations and has been the Pastor of Deliverance Church Ruai for 25 years. He is married to Lydia with whom they have six children.

Our God Is On The Throne